By Barbara Bamber, Sales for Metelerkamps

I have been selling kitchenware and appliances for many years now and have come to realize that the public need to give their hobs a bit more thought before making a choice.

What heat will your hob give you?

We often think that gas is hot and electric is not as hot. Well, it all comes down to the KILOWATTS. A solid plate hob, on average the hottest plate will only give you 2000watts and the others about 1500 and 1000 watts. Hmm not good.

Perhaps you are considering a CERAN HOB. I had a look at a cheaper model, the hottest ring was 2100watts and the others 1200watts. I also looked at a good brand where the hottest was 2700 watts, two at 2000 watts and two at 1200watts.

So onto GAS, certainly we all know that gas is faster than the solid plates and the ceran hobs as fire is instant. But is it that much hotter??? Interestingly enough not that much… An inexpensive gas hob has an intense burner (often called the wok burner) of 2900watts and the smallest of 1000watts. Typically though the better brands have an intense burner of 3900 to 4000watts and a baby of 1050watts. There are hobs out there with an intense burner of 6kw, like the Siemens ER9A6SD70Z. To do a steak or prawns you would definitely need 6kw.

Let’s shake things up a bit and talk about induction (happy sigh here).

Induction is really gas’s only real competition, it is electric and uses electromagnetic currents to generate heat onto the cookware. That means the heat is instantaneous, it is also exact, take the Siemens induction, they have 17 temperature settings, 17 instant heat settings.

Wow! How hot are these settings you ask?

Each zone of the Siemens 90cm hob is 3300watts with a 5500watt boost function. This doesn’t sound so brilliant but, it is very good. I don’t want to be overly technical and put anyone to sleep but there is a formula for converting induction watts to gas watts, compare apples with apples as it were. So 3300 watts of induction is the same as 6949watts of gas. That is pretty awesome.

However there is a downside to induction, you will need a good magnetic pot. LeCreuset all work and there is our beloved AMT which do an induction range.  Some manufacturers say their pots will work but they are inferior quality and don’t sit flat on the hob and without the surface touching 100% it will simply not work. Getting a few new pots isn’t always a bad thing.

Another consideration with gas is the extra installation cost, you need to have it installed by a qualified gas technician who will give you a gas compliance certificate. They are tough to clean and tend to look old and used quite quickly. There is that naked flame in your kitchen which we all have to respect.

And last but not least, google ‘cooking with gas health risks’. That makes for some interesting reading eeeeek!

Visit our online aisles, or spoil yourself with a visit to Metelerkamps in Knysna! 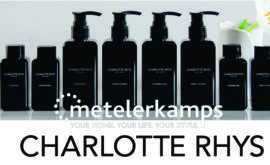 Wouldn’t it be awesome if you could smell the fragrance before you choose your …
May 22, 2017
Read More 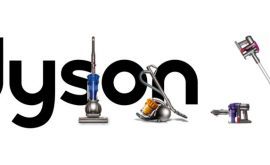 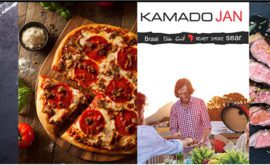 Metelerkamp’s is excited about the Kamado JAN family. Each one of the KJ’s are gorgeous …
September 27, 2016
Read More